In September 2015, Denver Broncos Assistant Turf Manager Luke Kellerman was diagnosed with colorectal cancer and began formulating a proposal for an expansion of the NFL’s "A Crucial Catch" campaign.

Seven months later, the proposal came to life when the team announced, "Fight Like A Bronco", an all-inclusive campaign recognizing all those affected by cancer. The yearlong campaign focuses on prevention and screenings, support for those currently battling cancer, and celebrating survivors.

While Kellerman tragically lost his battle with cancer on October 26, 2017 at age 34, his legacy lives on through the team’s "Fight Like a Bronco" campaign.

Broncos’ fans can support the “Fight Like A Bronco” campaign by purchasing a commemorative t-shirt, with 100% of the proceeds benefiting American Cancer Society and funding cancer screenings in our community. Be a champion this season and support our efforts to help those currently battling, those celebrating their victories and most importantly, finding a cure to end all cancers.

To learn more about the Denver Broncos Fight Like A Bronco platform visit: https://www.denverbroncos.com/community/fight/.

To learn more about the American Cancer society visit: https://www.cancer.org/. 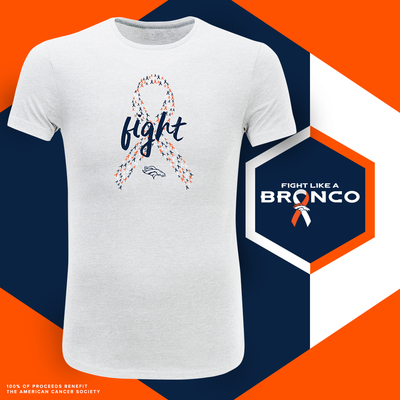 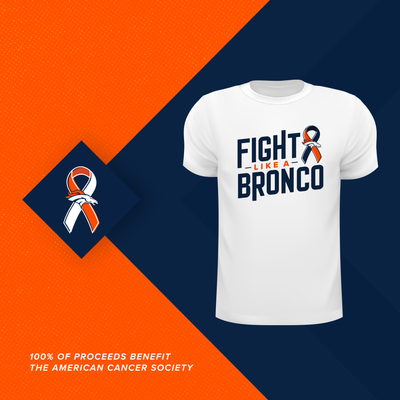 Real Time Bid Refresh is no longer active on the site